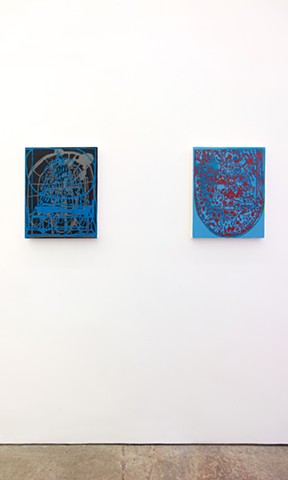 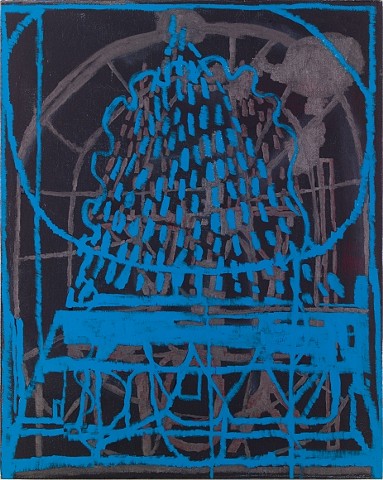 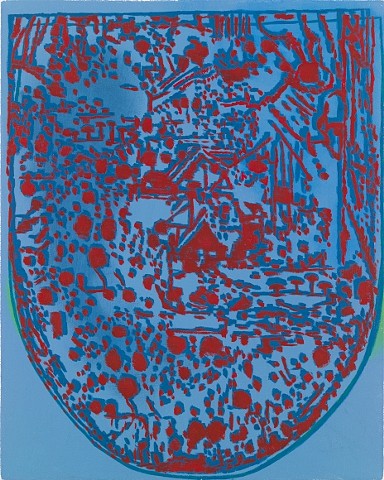 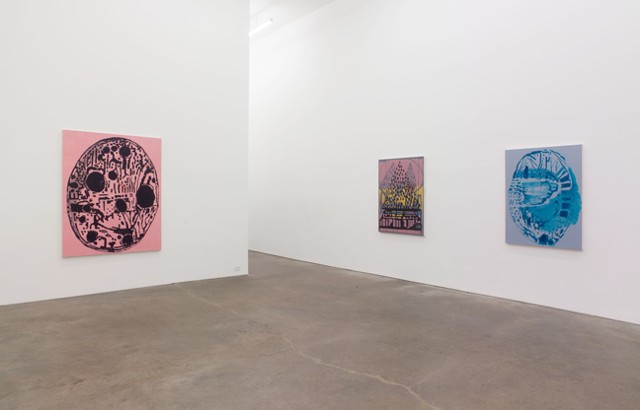 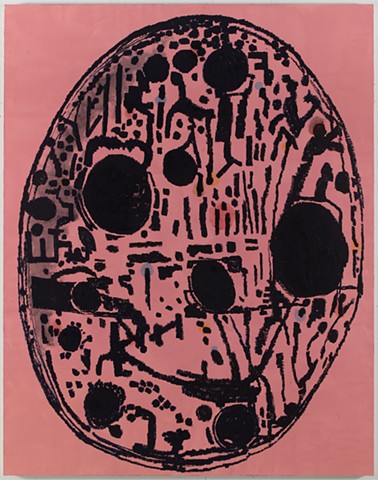 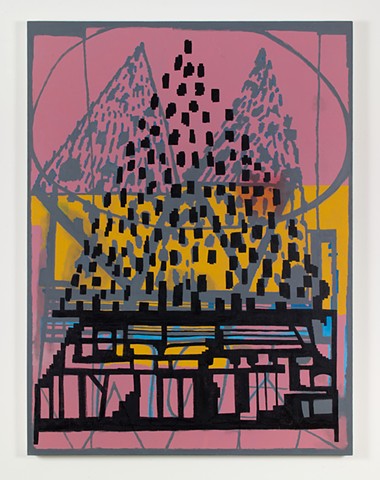 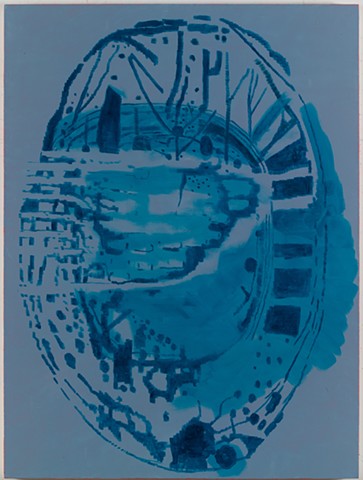 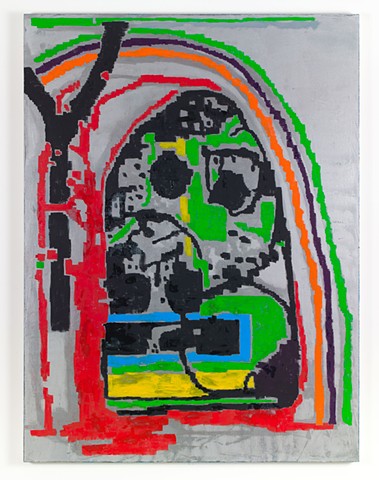 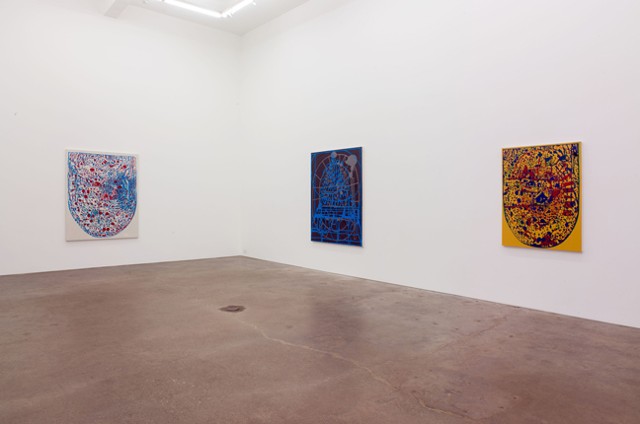 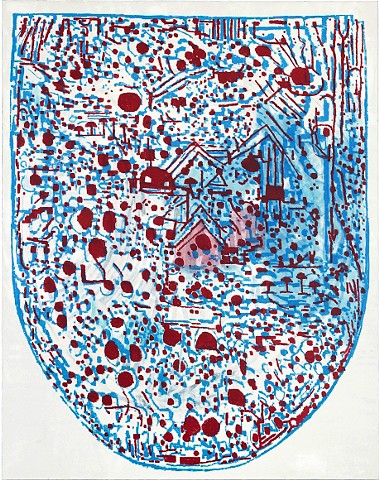 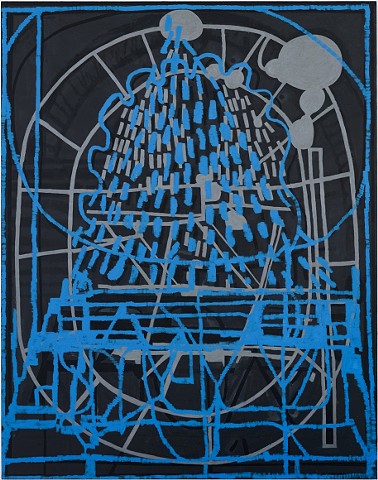 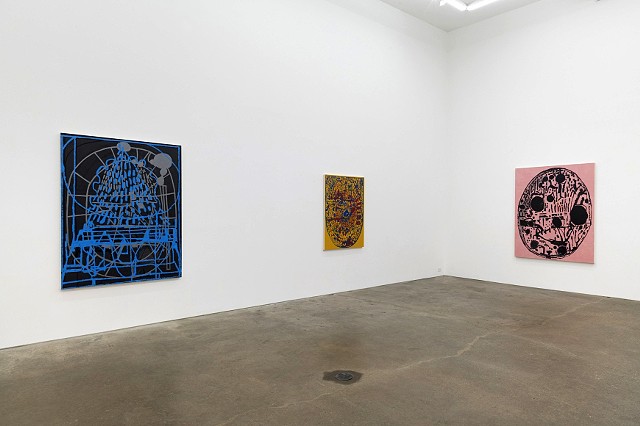 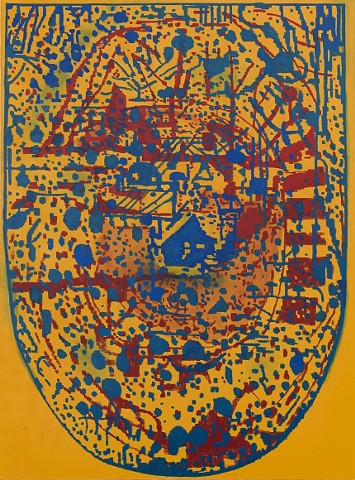 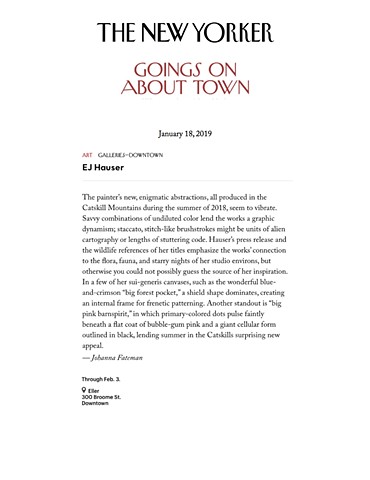 This body of work was begun during two months in the Catskill Mountains of rural New York during the summer of 2018; it is inextricably connected to that location and its wildlife inhabitants. While working primarily in a barn and adjacent field, Hauser observed “the hypnotic movement of clouds and trees, the sunsets and moonrises and thunderstorms, the roar of nature” and in these paintings she has relayed these observations with ease. The palette of each canvas is inspired by the colors and varieties of local birds: eagles, kingfishers, hummingbirds, wild turkeys and finches set against the cool green of a grassy meadow. Elsewhere circular forms of wood grain and starry nights dominate the compositions.

These paintings are both graphic and open to interpretation, teetering between iconography and something familiar but abstract. Each piece is composed of multiple layers of color. Often, vivid under-paintings are cancelled out by more subdued layers of paint, but the presence of these tones remain active, causing lively vibrations. For Hauser, the high vibration of color connects directly to the energy and aliveness of the subjects depicted.

Hauser composes a painting like a songwriter crafts a song. The works originate in a drawing, and from there she rigorously repeats each composition, slowly tooling and reshaping the images. With every subsequent version, the gestures become more streamlined, confident and purposeful in their economy until the image is committed to muscle memory and performed effortlessly. The viewer is left with something that is loose and full of improvisation while purposeful in its conception.

The cadmium flash of a red-winged blackbird as it hunts in the field repeatedly appears, as does a vaguely anthropomorphized wooden knot. Much like Hauser’s earlier works (Smilers, Amphibians, etc.), classifications of these recurrent icons are applied lovingly. Here we see the introduction of new forms such as forestpocket, barn spirit, starchart and moonflower into Hauser’s increasingly diverse lexicon. These and other repeated graphic images come to posses a totemic presence and spiritual significance beyond the surface of the canvas.